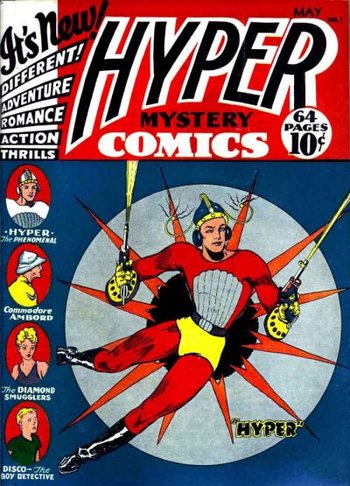 Hyper the Phenomenal is a Superhero from The Golden Age of Comic Books, published by Hyper Publications in Hyper Mystery Comics #1-2. He's a scientist for the US government who has a super-suit with various gadgets. His sole two-part adventure has him investigating the theft of a mysterious chemical from the military.