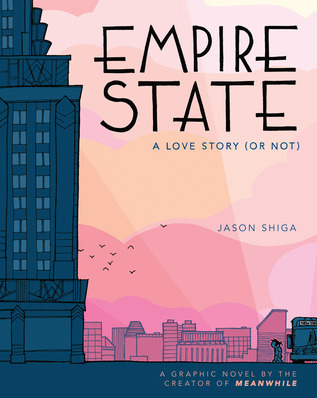 Empire State: A Love Story (Or Not) is a 2011 graphic novel written and drawn by Jason Shiga (with colors by John Pham). In contrast with Shiga's prior high-concept or puzzle-driven comics, this is a semi-autobiographical, character-driven story.

Jimmy Yee is a geek working in the Oakland branch library. He's in a rut, but he's not in any particular hurry to get out of it, either. At least, not until Sara, his best friend and first crush, leaves Oakland for greener pastures—an apartment in Brooklyn and an internship with a publisher. Jimmy becomes lonely, and then desperate—enough to confess his feelings to Sara via a letter and then buy a bus ticket to New York.

From there, nothing goes as Jimmy expects.