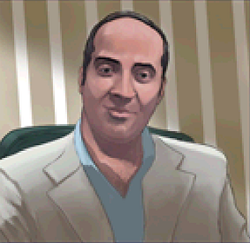 President Al-Fulani as he appears in the DS version of Call of Duty 4: Modern Warfare.

President of the unnamed Middle Eastern country in the first Modern Warfare. 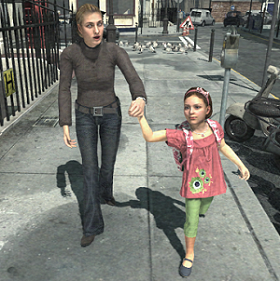 Mrs. Davis: "You got it? Are you recording? Okay. So, this is day 3, London, and we're off to... Sarah, tell daddy where we're going."
Sarah Davis: "We're going to Big Ben!"
Voiced by: Julia Arem (English/Sarah)note Other Languages: Atsuko Tanaka (Japanese/Mrs. Davis), Natalia Gracheva (Russian/Mrs. Davis)

A family seen vacationing in London during MW3.