The primary opposition across all three games, made up of three primary factions: The Ultranationalists, OpFor, and the Inner Circle.

OpFor refers to the Middle Eastern revolutionary movement led by warlord Khaled Al-Asad. Al-Asad is collaborating with the Ultranationalist party by drawing the attention of the United States away from the Russian civil war through their own uprising. The Ultranationalists return their favor with Russian nuclear weapons.

The Ultranationalist party is a Russian political faction founded by nuclear proliferator Imran Zakhaev. The groups consists of hardcore nationalists dedicated to rebuilding Russia's power and turning it against perceived enemies, and are engaged in a civil war with the Russian government in Modern Warfare.

By the second game, the Ultranationalist party had taken power in Russia, but were split by Zakhaev's death, with Russian president Boris Vorshevsky controlling the more moderate faction of the new Russian government, while Vladimir Makarov heads the much more violent and radical faction known as the Inner Circle. The OpFor, meanwhile, has been reduced to an insurgent group fighting a mostly guerilla war in Afghanistan, still battling US forces in the Middle East.

During the events of the third game, the Ultranationalists, following their initial invasion of the US, are driven out following a major defeat in New York City, and are forced into a hasty retreat. Two months later, President Boris Vorshevsky, leader of the moderate Ultranationist faction, hopes to make peace with the US government. Makarov, however, has other plans...

Imran Zakhaev, Imran's son Viktor Zakhaev, Khaled Al-Asad and Vladimir Makarov were collectively referred as the Four Horsemen, due to their extreme threat to the peaceful world. 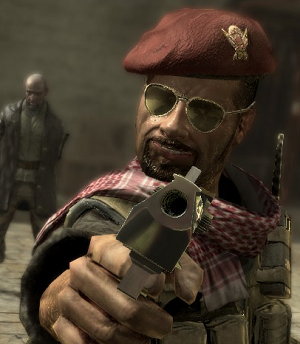 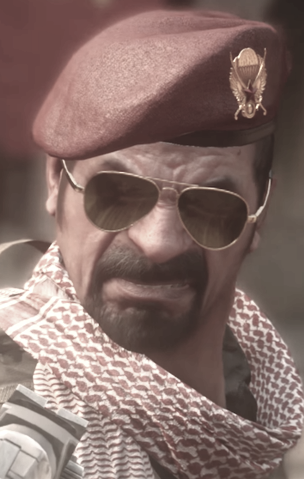 Leader of the uprising in the unnamed Middle-eastern nation in the first Modern Warfare and co-conspirator with Imran Zakhaev. He has in his possession a nuclear weapon, which he apparently detonates during an American police action in his home country and wipes out the entire invasion force. 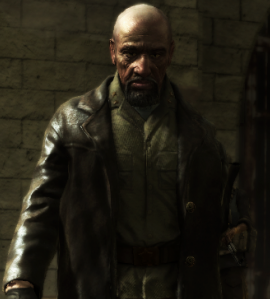 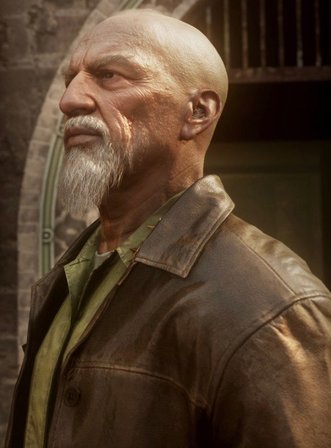 "Our so-called leaders prostituted us to the west...Destroyed our culture...Our economies...Our honor. Our blood has been spilled on our soil."
Voiced by: Yevgeni Lazarev

Leader of the Ultranationalists in the first Modern Warfare. He founded the Ultranationalists party through funds he acquired through nuclear proliferation. The SAS attempted to assassinate him in 1996 at Chernobyl because he was dealing spent nuclear fuel rods to terrorists; during the assassination attempt, his arm was blown off by Price, though he survived.

Despite dying at the end of the first game, he becomes a martyr and serves as a rallying point for the Ultranationalist Russians. 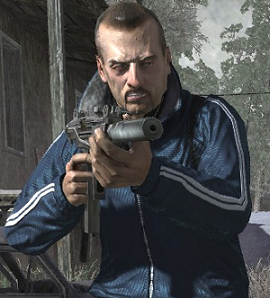 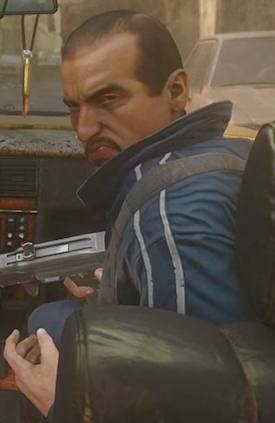 "You will all die soon anyway..."
Voiced by: Jordan Marder 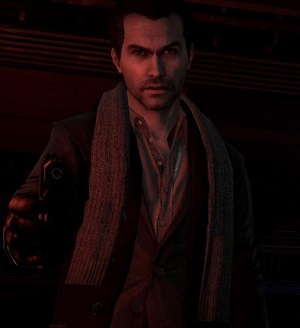 "Our enemies believe that they alone dictate the course of history, but all it takes is the will of a single man."
Voiced by: Roman Varshavsky

A ruthless Russian terrorist who leads a radical, distinct Ultranationalist faction known as the Inner Circle, and the primary villain of the Modern Warfare trilogy. Originally a loyal supporter of Zakhaev's mission, he defects from the ruling Ultranationalist party because their methods were too mild to suit his purposes. Described by Shepherd as a "whore" who sells himself to the highest bidder, Makarov is willing to commit atrocities to further his goals of expanding Russia and conquering the world. By his own words, "Russia will take all of Europe, even if it must stand upon a pile of ashes."

His first proper appearance is in Modern Warfare 2, where he heads up a False Flag Operation that triggers the Russian invasion of the US, during which he massacred through a Russian airport. By Modern Warfare 3, he had stepped up his actions as the Russo-American war draws to an end, planning to create an even larger war in Europe, fully plunging the world into World War III. 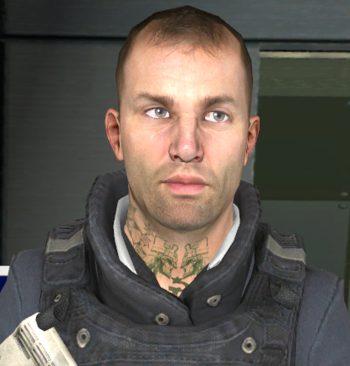 "I've waited a long time for this."
Voiced by: Michael Cudlitz

A member of Makarov's Inner Circle, and one of the men chosen to participate on the attack on Zakhaev International Airport. He's later part of the Ultranationalist invasion force attacking the US. 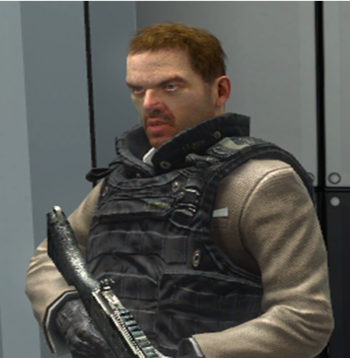 A member of the Inner Circle, and one of the men involved in the Zakhaev Airport massacre. 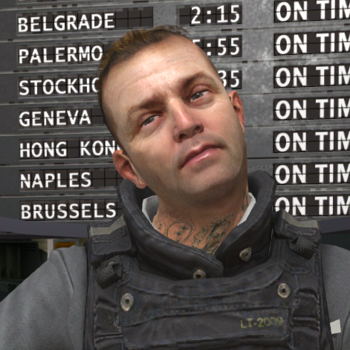 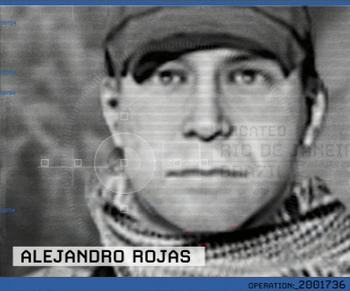 Makarov's arms dealer, appearing for a single mission in Modern Warfare 2. He lives in Rio de Janeiro, Brazil, and is protected by the Brazilian militia. 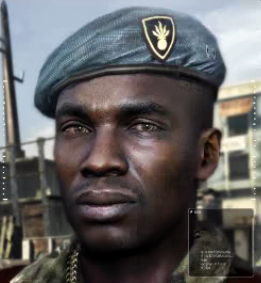 Somalian warlord seen in the MW3 mission "Return to Sender". He leads the militia in Somalia and is responsible for creating the nerve gas supplied to Makarov. 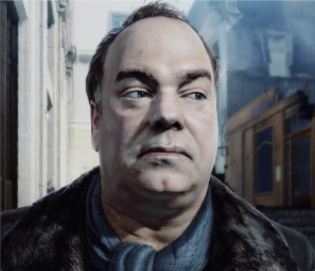 The CEO of Fregata Industries, a front company that supplied Makarov with Deadly Gas. 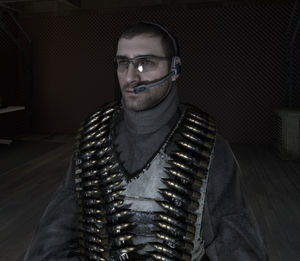 A high-ranking member of the Inner Circle, and commander of their Prague fortress stronghold.

Commander of an Ultranationalist airbase in Modern Warfare 2.