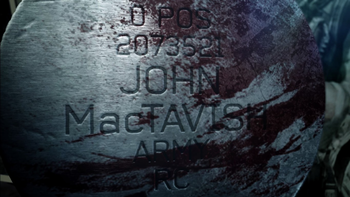 "We are the Pilgrims, master; we shall go/ Always a little further: it may be/ Beyond the last blue mountain barred with snow, Across that angry or that glimmering sea,"