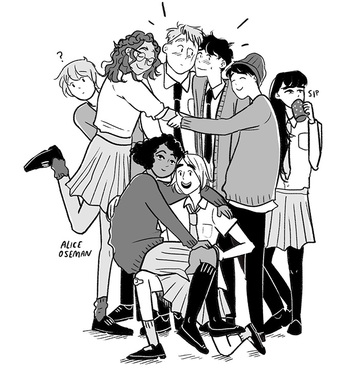 Tao is Charlie's best friend, a long-time good friend of Aled and Elle and the latter's boyfriend. He's extroverted, unfortunately talks too loudly and can be very harsh when he wants to protect his friends to show he deeply cares for them. He loves wearing beanies.
Tara Jones 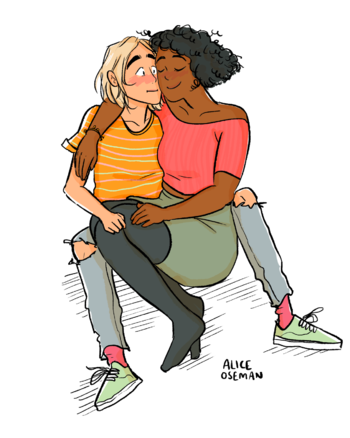 Tara (right) in love with her girlfriend Darcy
Tara is an introverted lesbian, a very empathetic and attentive friend. She's studious and wants to become a doctor. However, she has little tolerance for people's, especially straight ones, ignorance. She plays clarinet and met her girlfriend, Darcy, at Higgs orchestra. She has supportive parents she's out with.
Darcy Olsson 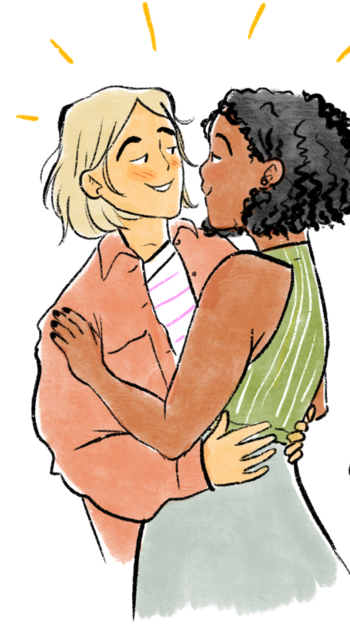 Darcy (left) with her girlfriend Tara
A very extroverted lesbian blonde teen who chats a lot with everybody and deeply cares for her friends and her girlfriend Tara. They met at Higgs orchestra where she plays in brass section. Her parents are said to be really homophobic and judgemental.
Elle Argent 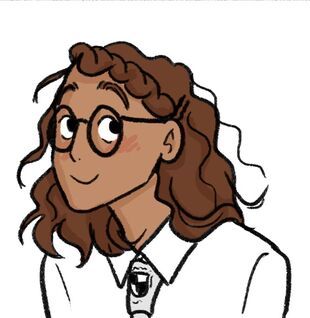 A sweet, caring and cheerful trans girl who loves art, books designing clothes and baking. She's part of the Paris squad, a Tao, Aled and Charlie's long-time friend, Tao's Love Interest and eventually his girlfriend. She's one of the few characters who wears glasses. Her parents, Mariam and Richard, are very fond, supportive, loving but a bit overprotective and embarrassing. 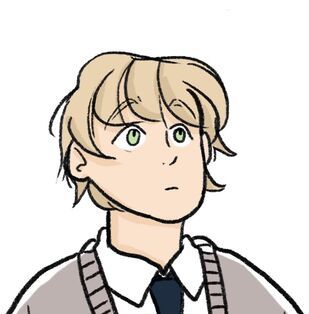 A young Pakistani Muslim girl who became friends with Darcy, Tara and Elle after sharing their room in Paris.