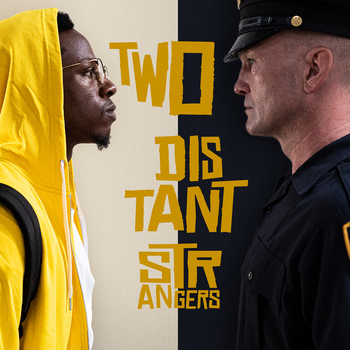 The setting is New York. A young black man named Carter (played by rapper Joey Bada$$), wakes up one morning in the apartment of Perri, the beautiful young black woman he just had sex with. They bid each other an affectionate goodbye, and, with hope of seeing her again, Carter leaves.

On the street outside Carter accidentally runs into a man holding a coffee cup, causing the man to spill coffee all over his shirt. Some angry raised voices draw the attention of Officer Merk the beat cop, who instantly confronts Carter and accuses him of smoking a joint (he isn't; it's a normal cigarette). When Carter declines a demand to be searched for no reason, Officer Merk blows the situation up into a major confrontation. In an instant, Carter is prone on the ground, four cops are on him, and Officer Merk applies a choke-hold...and Carter dies.

He soon realizes that he is in a particularly horrifying "Groundhog Day" Loop in which, no matter what he does, he is killed by Officer Merk. Can Carter escape?