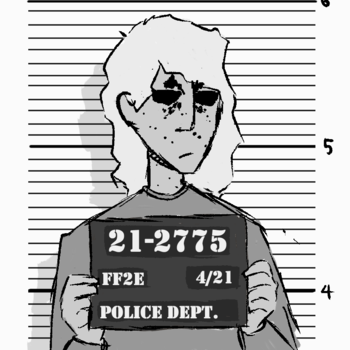 Still waters run deep, and there are fucking sharks down there.
Advertisement:

Quiet and thoughtful, but quick to anger, Zarah has trouble letting others have input on her life, and an even harder time keeping her nose out of other people’s problems. The only person she’s ever spent significant time around is her sister Kihri, and is struggling to deal with that suddenly changing. Weirdly interested in corpses. 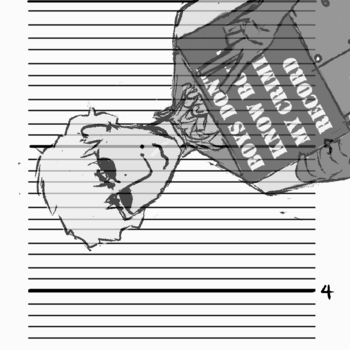 Voted ‘Most Likely To Die Young & Still Find A Way To Be Smug About It’.

Kihri has spent most of her life feeling like the ignored expert, even back when people could still see and hear her. Dying at age 10 and persisting as a ghost has had no negative effects on her whatsoever, and she will loudly insist as such if accused. She loves her sister Zarah dearly, but being the only person she can talk to strains their relationship. Not, of course, that Kihri needs any help with that. 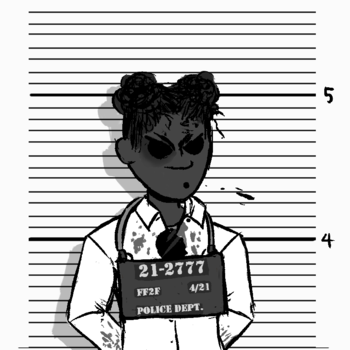 Proof that Napoleon complexes can surpass the gender binary.

Orae is a calm and refined intellectual, and they would appreciate it if the universe stopped trying to prove them otherwise. With righteous (and not-so-righteous) fury simmering just below the surface – and below eye-level – at all times, they can be fairly intimidating, but to anyone who’s seen them doting on their dog Lucel, it’s pretty obvious that there’s a tender heart underneath. Very, very far underneath. 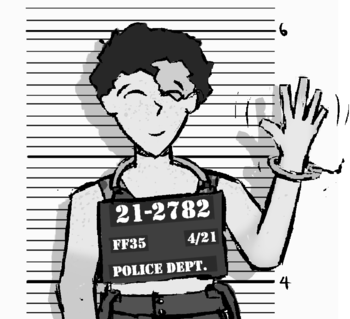 Ignorance is bliss and he’s in Nirvana.

Remy has never had a worry in his life, and doesn’t intend to start now. Despite being raised among the militaristic Blackguard from birth, he somehow maintained a laissez-faire attitude to everything and everyone, including his responsibilities. Being sent on snipe hunts was supposed to be a punishment, but he’s enjoying the freedom, and the company of his new friends. Admittedly, they’d appreciate it if he spent less time chasing tail and more time using his frankly terrifying power to help them, but n’est-ce pas, non?

The Grand Commander of the Chival in Ostra and surrounding countries, whatever that means. Don’t fuck with her.

The woman behind the woman. Wears pince-nez, for some reason.

Dr. Khoura’s… something. Nobody’s quite sure what, but definitely something.

Behind every great woman is another, very patient woman. Who, for when patience doesn't cut it, can also bench-press a moderately-sized truck.

Pronounced how it’s spelled, not like Renee. Too young for this shit.

First introduced as a police detective, Rinet is quickly revealed to be a secret agent of some kind for the Ostran government.