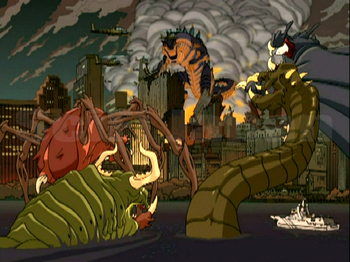 The King has arrived, ready to take on the challengers who want to claim his throne.