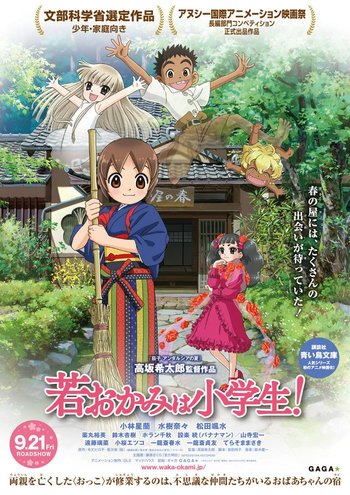 Okko's Inn is a 2018 anime movie created by Madhouse and directed by Kitarô Kôsaka. It is based on the Japanese novels Wakaookami Wa Shogakusei (The Young Innkeeper Is a Grade Schooler!), which got an anime adaptation in Spring 2018. While based on the same property, the series and movie are unrelated.

The movie focuses on Okko, who, after losing her parents in a car crash, is sent to help run her grandmother's Japanese inn. It's not long before she meets mischievous ghosts, the entitled rival innkeeper Matsuki Akino, and several customers, which is a lot to handle, especially when Okko is convinced her parents are still alive. At Hananoyu Inn all are welcome, and Okko learns that helping others can help herself as well.