Animation / I Shall Give You a Star 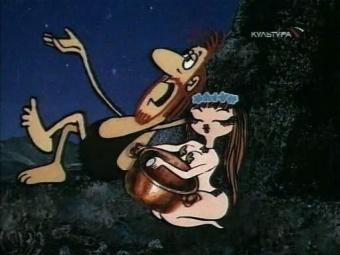 Soviet animated short by Fyodor Khitruk about gender issues. First released c. 1974. The story is told in four vignettes through different times, all showing the same story: a man meeting a woman, them falling in love, and the woman becoming practically a kitchen slave doing chores while the man keeps making verses for her.

It can be viewed online with subtitles on Youtube