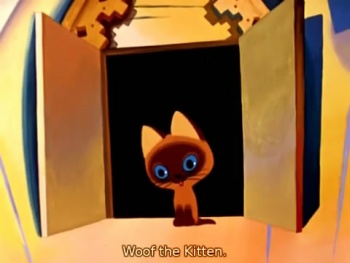 Soviet series of five animated shorts about a Siamese kitten named Woof made from 1976 to 1982.

All five shorts are available on Youtube with english subtitles: