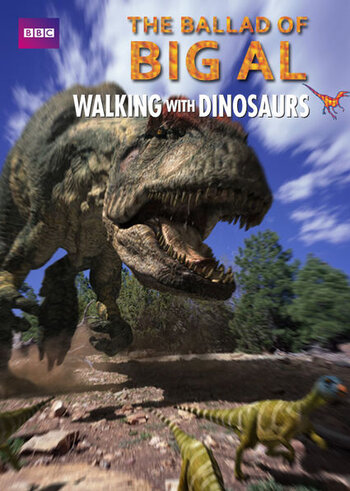 The Ballad of Big Al (Allosaurus: A Walking with Dinosaurs Special in America) is the 2000 spinoff special to the BBC documentary series Walking with Dinosaurs. Taking place in the Jurassic plains of Wyoming 145 million years ago, the special follows the life a young Allosaurus named "Big Al". Considered to be one of the most complete Allosaurus fossils, Al's bones reveal many aspects of his life and the challenges he faced as one of the apex predators of the Jurassic.