Western Animation / A Treasure In My Garden 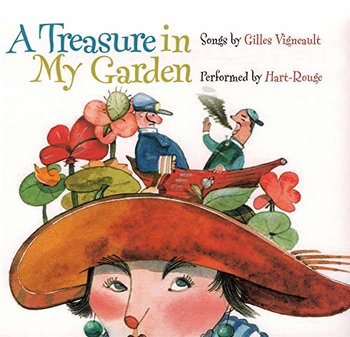 , a Quebec poet and singer-songwriter whose works are iconic to French-Canadian culture. It was produced with the participation of Teletoon in both English and French.

The show consisted of episodes focusing on a song playing over an animated short which the song is about. Each episode, the animation would be different. All of the songs featured on the show were written and composed by Giles Vigneault himself

The show first aired on September 3rd, 2003. A total of 13 episodes/songs were produced for the series. A fourteenth song "Un soir d'hiver" ("A Winter Evening" in English) was released later on for the series' audio-CD release, although it is only available in the French-language release and has no corresponding animated short.

A Treasure In My Garden contains examples of: