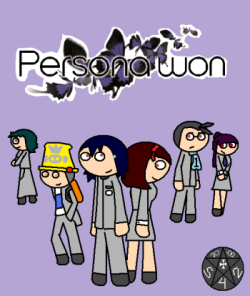 is the the third entry to Strain42's Persona For The Win series, after Persona 3 FTW and Persona 4TW, and the last "main" entry to be published on The Duck. Based on the original Persona game, Persona Won follows the story of yet another unnamed silent Protagonist as he winds up involved in a demon invasion. The comic's original run