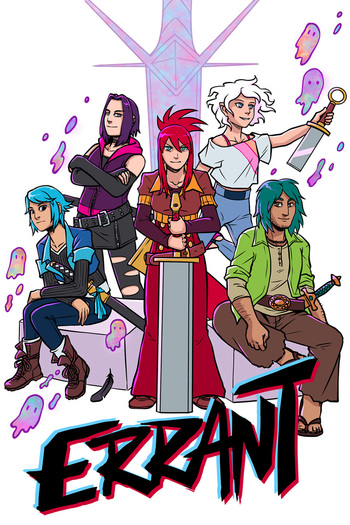 No angry memes here!
Errant is a webcomic on Tapas, updating since September 2019, created by Kate "Darth Mongoose" Holden. An action comic about a young wannabe Magic Knight whose mentor draws Excalibur and becomes king, dragging her into a mess of politics.

It's a hard reboot of an older webcomic called [Fan Dan Go].

It generally updates every Friday on Tapas