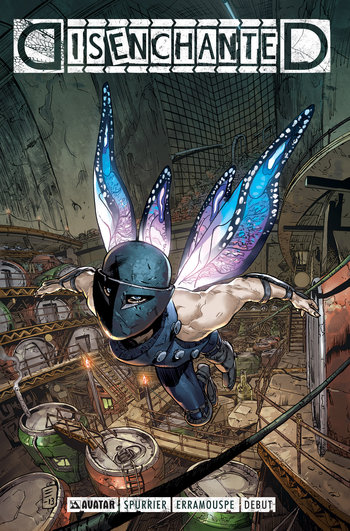 is a webcomic written by Simon Spurrier and drawn by German Erramouspe. Unique for a webcomic, however, is that it is published by Avatar Press, a publishing company for actual, physical comics.

The story is set in an underground city (under modern day London, to be precise) called Vermintown — which is inhabited by folkloric smallfolk. The plot centers around a fay family named the Leveret's and their event-filled lives within Vermintown.

Has nothing to do with the animation Disenchantment