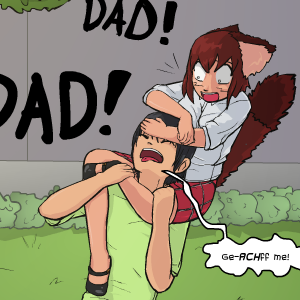 Cat Nine is a Philippine anime inspired Webcomic by Lazylonewolf(radstylix

There are two versions of the comic, but the premise is the same. When Keith arrives at his home, he finds that his cat has turned into a cat girl and now has to deal with all the problems and responsibilities that come with it. She's always so hungry, hyper and curious all the time.

Can be read at Cat Nine