Video Game / The Wonderful End of the World 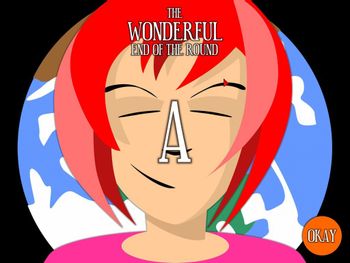 The Wonderful End of the World is a game released by indie developer Dejobaan games in 2008. As the title suggests, the world is about to end (about to be eaten, to be specific), and it's up to you and your sticky marionette-thing to save as much stuff as you can to colonise a new one. Essentially a Katamari Damacy clone (albeit it a rather well-made one), it still has enough of its own charm and tongue-in-cheek humour to be a distinct experience, and is probably the closest PC gamers will get to a Katamari gamenote at least before Katamari Rerolled. . The most obvious difference is that instead of rolling a ball of clutter, you control a stick man made of clutter. It can be bought from Steam