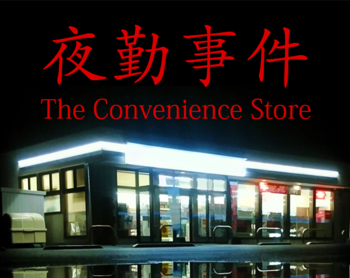 In the game, you play as a woman who works the night shift at a local convenience store. This week looks like it'll be the same as any other. But on the first night of the week, you receive a package that contains a videotape. Curious, you take it home and watch it the next night.

From that point on, things start getting weird.

The Convenience Store contains examples of: