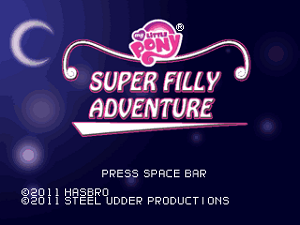 A My Little Pony: Friendship Is Magic Fangame by Jay-6. You can play it here

You play as Jade, a filly who is new to Ponyville and is trying to get her Cutie Mark.

The game itself is short and simple, but its Multiple Endings make it worth replaying.