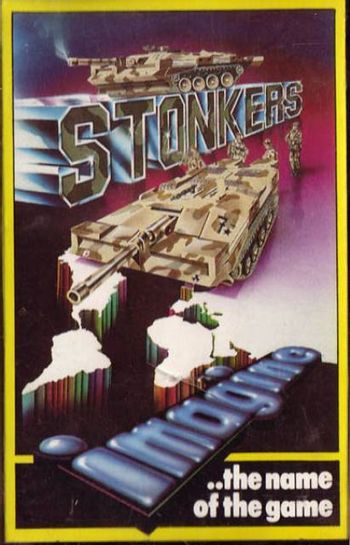 Stonkers is a ZX Spectrum Real-Time Strategy game—some say it may be the first ever RTS.

Its main claim to fame nowadays is as the butt of a Running Gag; anyone asking on a Speccy community, "What is the name of this game?" is likely to get at least one answer saying, "it's definitely not Stonkers."