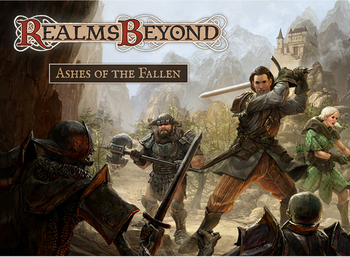 Realms Beyond: Ashes of the Fallen is a fantasy CRPG with Turn-Based Combat made by German studio Ceres Games, which was funded

on Kickstarter on November 16th, 2018, and is currently in development.

The game is based on the Dungeons & Dragons 3.5 edition, while Guido Henkel, the producer of Planescape: Torment and creator of Realms of Arkania, helped design the game world by contributing to the world history, cultures, lore, and the main plot line. The developer cites classic computer Role-Playing Games such as Temple of Elemental Evil, Gold Box series, and Ultima as major inspirations.