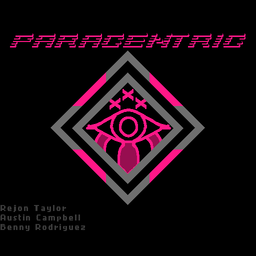 Lost in an endless void, Zeiss the locksmith happens upon a strange door, and an even stranger talking signpost called the Icono. With nowhere else to go, he enters the door and begins his journey through three worlds, whose rulers have each outlawed one of the senses of their subjects. Guided only by the Icono and a merchant named Vomero, Zeiss embarks on a journey that will change these worlds irrevocably.

Paracentric is a short surreal horror RPG Maker game by DreamMach, and was made in only 24 hours for a 2013 game jam. It takes inspiration from genre greats such as Yume Nikki and OFF, while telling its own tale of censorship and influence.

The game can be completed in about half an hour, and a download is available here