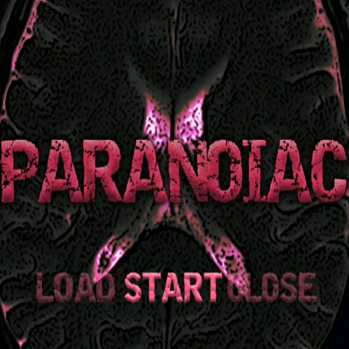 Paranoiac is a freeware Survival Horror Role-Playing Game made in Wolf RPG Editor by Uri in 2011, who also made the Strange Men Series and Mermaid Swamp.

In Paranoiac, you play as Miki Takamura, who has moved into the house that belonged to her aunt, Yuriko Saeki. Her first night there, she is attacked by a strange, fleshy/shadowy monster with a human shape, and every night, the monster returns. Meanwhile, Miki's mother Minako Takamura grows more distant from her. Her only ally is her neighbor from across the street, Shinji Miura- and even he starts doubting her sanity.

There is an English translation here.

In June 2019, a remake of the game has been released. There are multiple translations available, including English, Korean, Spanish, Polish, and Chinese.

Unrelated to the 1963 thriller of the same name. Or to the tabletop game Paranoia.

Tropes specific to the 2019 remake