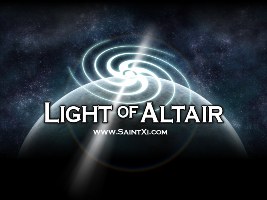 is an Indie Space 4X game made by Saintxi, a London based company.

In it the player leads mankind's expansion into the stars, from building the first colony on the Moon, to traveling to vast voids between the stars, fighting the rival factions in a clash of goals and expansion.

With a simple, straightforward colony management, and self resolving space battles, the game manages to be fun, without a clutter of features or micromanagement.

Featuring a Campaign mode, the game follows the player as it is hired to build colonies for different factions across the Solar System, and eventual escape from the UEO, Earth’s united government, and it’s strict and supremacist methods.

A sequel has been since announced and currently undergoes beta-testing, by the name of Moon Base Eridani.