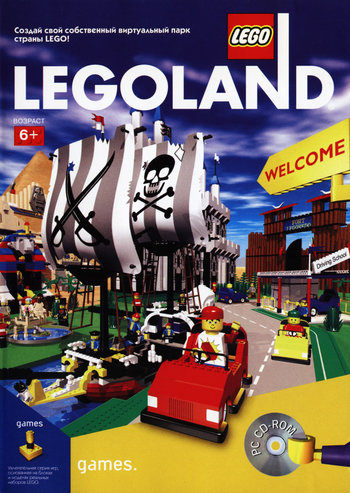 LEGOLAND is a PC game released in 2000, following the RollerCoaster Tycoon gameplay style, but being (obviously) based off LEGOLAND parks.

The game has a very simple premise - you go through ten different levels, each with their own difficulty curves, trying to please Mr. Bimble, the park inspector. He inspects your park every ten minutes to see if you have enough of everything, as well as enough variety. At first, you get ten chances to do so, but the number continually dwindles down in the later levels. You get more rides and greenery as the game progresses.

This game is notable for being one of the only LEGO games that is almost entirely rendered in 2D. There are a few aspects that are 3D models, but for the most part the game is two-dimensional. It's not quite as well known as the other 90's LEGO games, but it's still fondly remembered by many who grew up on it.

Not to be confused with LEGO Island.