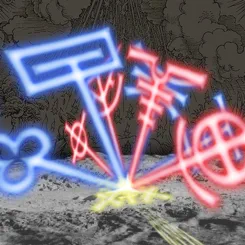 You smell copal incense, machine oil, rosemary, alcohol, and blood. Creaking, bending steel beams... no, that's not an odor. Why did you think the bulkheads were crumpling in on you? What would that even smell like?
You're pretty sure it's not your own blood, anyway.
Advertisement:

Hadean Lands is a 2014 Interactive Fiction adventure by Andrew Plotkin. You're the second assistant alchemist on His Majesty's Marcher The Unanswerable Retort, which is stuck in a bizarre fracture of time and space. You're the only one who can save her, as the rest of the crew appear to be disabled, dead, or missing.

Unfortunately, you'll need to master everything your superior officers can do to survive. Don't worry. If at first you don't succeed...

Hadean Lands is one of the very few pieces of parser-based interactive fiction to be commercially sold since the death of Infocom. It was originally made available only for iOS except for a special cross-platform version for the Kickstarter backers, but versions for Microsoft Windows, macOS, and anything else that can run Inform games are now also available on Steam, Humble Store, and itch.io.

Links to all versions are at the game's website