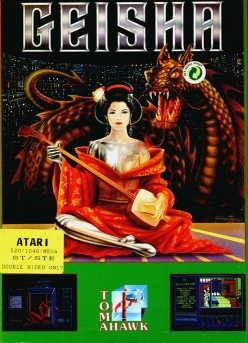 The game uses a point-and-click interface (with mouse support) and has several small sub-games included.