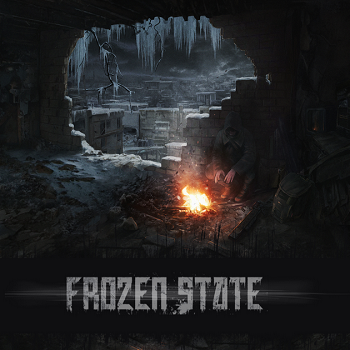 Frozen State is a Survival Sandbox game with RPG Elements and Roguelike elements. It was created by the Russian developer Flox Studios Ltd., and first launched through Steam Early Access on July 1st, 2014, before getting a full PC release on August 5th, 2016.
Advertisement:

The world has been plunged into a man-made ice age in a bid to save humanity from human-alien hybrids. A resistance movement has been formed by the survivors. On your way to meet with them, your character gets stranded in Duga-40, the experimental city. Now you need to explore the city, fight alien mutants, learn the history of Duga-40, and try to survive long enough to repair your transport and continue on your journey.

Compare to Fade to Silence, which is another Survival Sandbox that's full of strange monsters and is set after a frozen apocalypse.