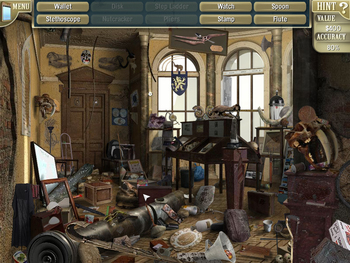 Escape the Museum is a trilogy of Hidden Object Games developed by Gogii Games, chronicling the adventures of the family of Susan the museum archaeologist.

It consists of three installments, released over a two-year period.

They were originally released on Microsoft Windows but have been ported to a few other systems.

The Escape the Museum games provide examples of: