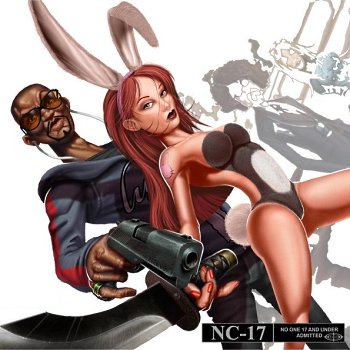 Bloody Good Time is a multiplayer First-Person Shooter, powered by the Source engine and developed by Outerlight, creators of The Ship: Murder Party, and following closely in its footsteps.

The game focuses on the eccentric film maker Director X, a grindhouse director who has invited a host of characters to act in his upcoming film. The players assume the role of one of these actors, and will have to fight it out with the rest of the cast if they intend to emerge victorious.

The primary game mode of Bloody Good Time is The Hunt, where each cast member has a given target to assassinate, but at the same time, they themselves are also someone else's target. Points are scored based on which weapon is used to kill your target and whether the killer remembers to taunt their opponents before and after the kill. However, killing innocents (anyone who is neither your target nor your hunter) is not only a quick way to lose points, but it also makes you fair game to your victim. While most rounds of the game are played on The Hunt, there are also different game modes, such as traditional deathmatch and a zombie infection mode.