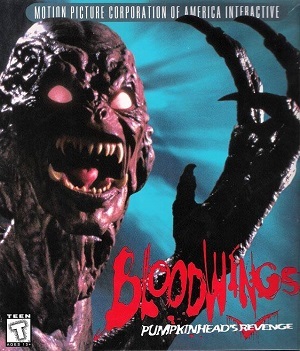 Beware. You are entering the world of Pumpkinhead.
Advertisement:

The player controls a character who enters the dungeon lair of the demonic Pumpkinhead to lay the creature's formerly human spirit to rest and save the nearby town. Parts of the game require interacting with full motion video sequences from the movie.