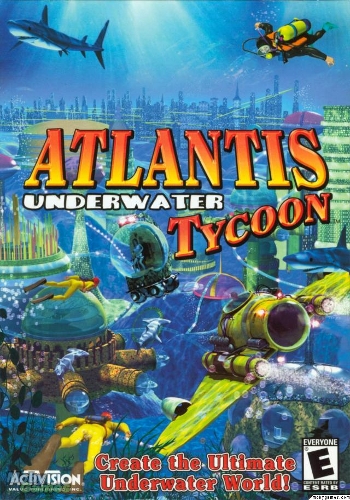 Atlantis Underwater Tycoon is a 2003 Simulation Game created by Anarchy Enterprises and published by Unique Entertainment under the Activision Value label in which you are tasked with building and maintaining an underwater city. You will have to balance the needs of residents (both human and Atlantean), tourists, and sea life while also managing your power and air grids and defending your city from attacks.

The game had a very slightly enhanced re-release as Deep Sea Tycoon. The company Pixel after Pixel went with this new name with the sequel, Deep Sea Tycoon 2.