Originally called Martinica by Christopher Columbus, who spent 3 days there refilling his water casks, bathing and washing laundry when he landed there on 15 June 1502, Martinique is an overseas region of France located in the Windward Island chain in the Caribbean. The capital of the territory was originally St.-Pierre, but the volcano of Mont Pelée erupted in the 8th of May, 1902, obliterating the city and killing over 30,000, with refugees arriving in Dominica by boat. The only survivor in St.-Pierre was a convict, Ludger Sylbaris, who was saved by the thick walls of his prison cell. As a result, the capital shifted to Fort-de-France, which remains the capital to this day.
Advertisement:

Martinique was a major topic of one of the only battles set in North America in World War II, the Battle of the Caribbean. Martinique was officially pro-Vichy France until mid-1943, and relations between it and Britain deteriorated following the Second Armistice at Compiègne, with the territory seen as a possible base for Axis ships, and the US preparing plans for an invasion by an expeditionary force to capture the island, with the US and Britain establishing several blockades. 286 tons of gold from the Bank of France that were originally intended for Canada were also rerouted there and kept in Fort Desaix. In return for the Allies not bombarding and invading the French Antilles, Admiral Robert agreed to keep the French fleet stationed there immobilized, and Free French sympathizers eventually took control of the gold at Fort Desaix and the French fleet in 1943 as Admiral Robert returned to France. 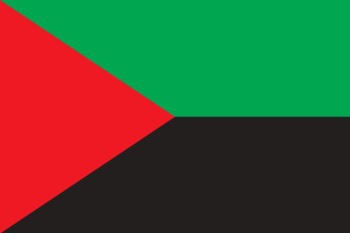 Let us go, children of the motherland,
The day of glory has come!
Against us, the tyranny's
bloody flag has been raised.
Bloody flag has been raised.
Can you hear in the countryside,
These ferocious soldiers bellowing?
They come all the way into your arms
Advertisement:
To cut your sons and wives' throats!
To arms, citizens!
Form your batallions!
Let us march, let us march,
And let an impure blood flow into our furrows!
Government