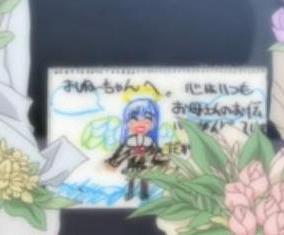 Sister, Kokoro and mom will always love you forever.