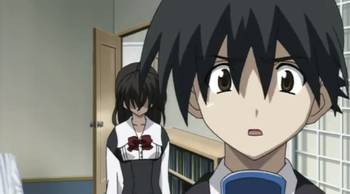 School Days has already been mentioned in the Anime section, but the TV series has nothing on some of the bad endings of the original game and/or its updated releases.