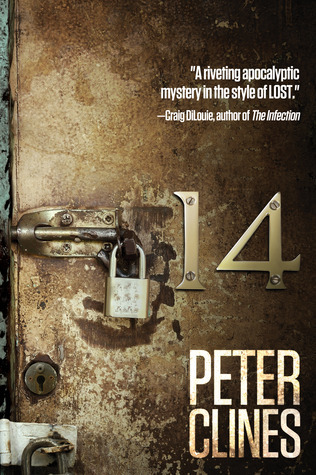 A novel by Peter Clines (author of the Ex-Heroes series and The Eerie Adventures of Robinson Crusoe). 14 chronicles the journey of a young man named Nate Tucker who rents an apartment in Los Angeles where the rent is suspiciously cheap, the cockroaches are bright green with an extra leg, and there's a single padlocked room on his floor that seems to terrify everyone around him. Except, it's the room next door to it where people are constantly committing suicide.

A cerebral horror novel, 14 is published by Permuted Press and has received much praise for its labyrinthine but understandable mystery. It has another book in the same universe by the same author, The Fold.