Tabletop Game / Houses of the Blooded 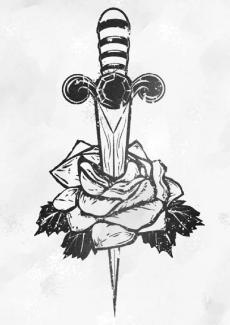 Houses of the Blooded is a tabletop roleplaying game by developer John Wick, of Legend of the Five Rings and 7th Sea fame. It was made as a response to Dungeons & Dragons in a vein of self-described "Anti-D&D". The game starts players off as ancient and powerful nobility known as the Ven, a race native to the lands of Shanri. They are a very self-absorbed and emotional race, more concerned with gathering and gaining power than improving the world in any way that doesn't fit into their own views. The only real advancement is in adding to your power and thwarting others, freezing them in their tracks before crushing them.