Series / The Legend of Mi Yue 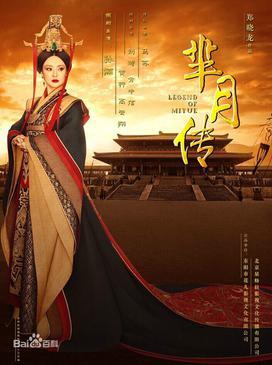 The Legend of Mi Yue (羋月傳, Mǐ Yuè Zhuàn) is a 2015 Chinese series starring Sun Li, Liu Tao, Alex Fong, Huang Xuan, Gao Yun Xiang and Ma Su. It's based on the novel of the same name by Jiang Sheng Nan, which in turn is very loosely based on a true story.

During the Warring States period, Mi Yue is sent to marry the King of Qin. After her husband's death Mi Yue enlists the help of the Yiqu army to put her son on the throne.