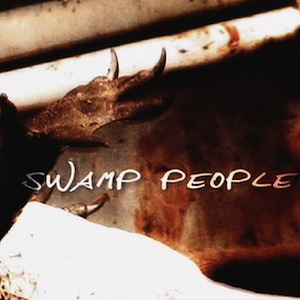 "In the farthest corner of Louisiana lies the nation's largest swamp — a hidden world where nature rules... and man fights back."

Debuting in August 2010, Swamp People is a History Channel Reality Show that details the life and times of various Cajun dwellers in different sectors of the Atchafalaya River Basin swamp in Louisiana during one specific and important time of the year for them: the state's 30-day alligator-hunting season. Using their own wits, experience, equipment and luck, the hunters are on a race to bag enough alligators to net themselves enough money for their yearly income and be rid of the beasts before the population explodes and threatens locals. But that's not to say that the show is all serious business. In between the hunting and history lessons, the swamp has its own share of side-stories, oddities, and other various activities.

Ten complete seasons have aired so far; the eleventh premiered in January 2020.