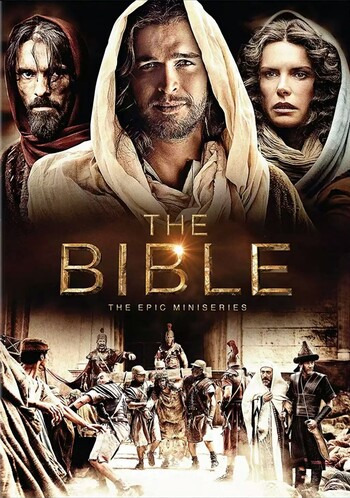 The Bible was a live-action miniseries presented in 2013 by The History Channel. Two of the executive producers are Mark Burnett (Survivor, The Apprentice) and his wife Roma Downey (Touched by an Angel). It's a dramatization of some key stories from, well, The Bible, both the Jewish and Christian parts. It doesn't try to cover everything, just aiming for the broad sweep and a few key stories.

The series had five episodes:

Thanks to the success of the TV series, a Compilation Movie was released in 2014: Son of God, focusing on the Jesus bits of the TV show expanded to include deleted scenes that never made it to broadcast. A follow-up series, AD: The Bible Continues, premiered in 2015.