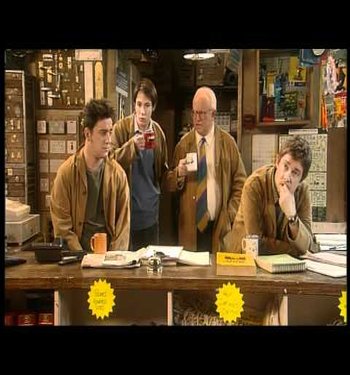 Hardware is an ITV Work Com that ran for twelve episodes over two series, from 2003 to 2004. Set in and around Hamway's Hardware Store, London, the show was created by Simon Nye of Men Behaving Badly, and starred Martin Freeman, then best known for The Office (UK).