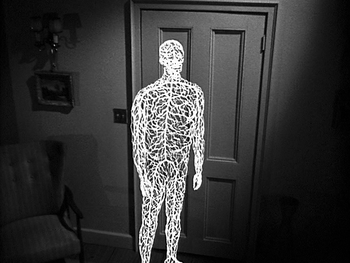 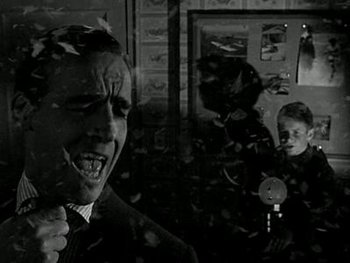 Zeno suffocates as Kenny turns the climate control machine on him.
This episode has no opening Control Voice narration.

Roy Benjamin (Macdonald Carey) grows suspicious of Mr. Zeno (Richard Ney), a private tutor who has been sent to educate his gifted son Kenny (Flip Mark), and with good reason: Zeno is actually an alien from the planet Xenon, and he's part of a plan to take over Earth by indoctrinating its child prodigies.

The Control Voice: The mold of a man stems from the mind of a child. Educators and emperors have known this from time immemorial. So have tyrants.