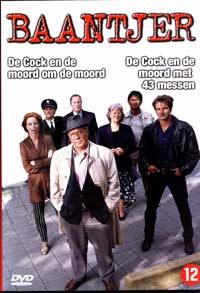 Baantjer is a Dutch Detective Drama series which was broadcast from 1995 to 2006 by Dutch commercial broadcaster RTL, based on novels written by writer and former detective Appie Baantjer.

The series is arguably the most successful Dutch detective series ever and has been exported to France and Belgium. The series is also known for its spectacular number of reruns.