Recap / Star Trek: The Next Generation S4E25 "In Theory" 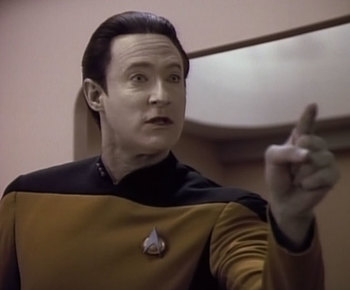 "You do not tell me how to behave. You are not my mother."

Data enters a romantic relationship with security officer Jenna D'Sora in an attempt to understand humanity. Meanwhile, the Enterprise is exploring a nebula and experiencing strange events.