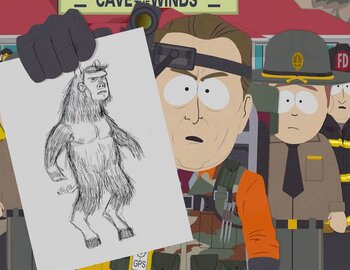 Al Gore takes the boys to Cave of the Winds and traps them inside while on the hunt for ManBearPig. Cartman discovers what he thinks is treasure which he tries to hide from the others.