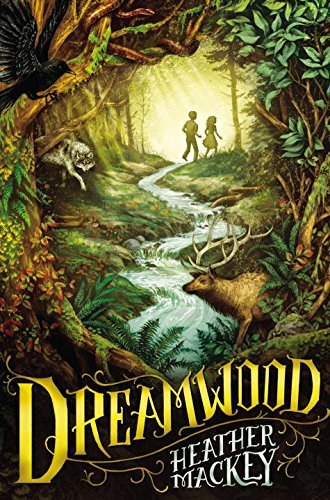 Dreamwood is a Young Adult fantasy novel by Heather Mackey. Set in an alternate history version of the United States' Pacific Northwest region during the 1800's, Dreamwood tells the story of Lucy Darrington, a young girl who has just run away from boarding school in search of her father, the professional ghost hunter William Darrington. Discredited due to his approach to supernatural research, Lucy's father has set off for the redwood forests of Saarthe in order to solve a problem that will redeem his reputation and save the local timber industry. Saarthe's trees are falling victim to a plague, and a rare substance may hold the key to its cure. When he seemingly vanishes during his mission, Lucy takes it upon herself to discover what happened, with no thoughts to spare for the predatory forces - both human and supernatural - that wait for her on Saarthe's forbidden island known as The Devil's Thumb...