Film watched: The Trollenberg Terror aka The Crawling Eye 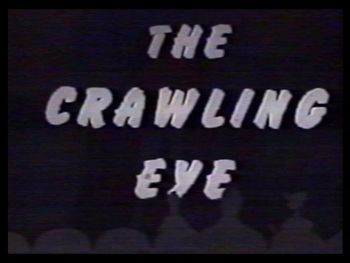 "The Crawling Eye": The Marty Feldman Story
Servo: This must be a Paramount picture.
—The first riff in the theater.
Advertisement:

The national debut episode of Mystery Science Theater 3000 on the Comedy Channel, later Comedy Central. The featured movie can also be seen on Mike's television at the very end of the final episode, creating Bookends for the series (at least the original run).

This MST3K presentation contains examples of: