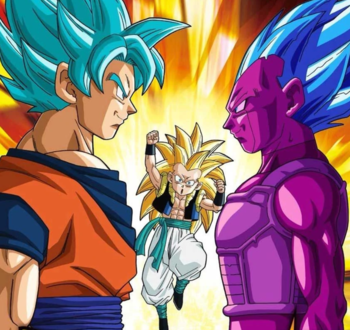 The Copy-Vegeta Arc (複製ベジータ編, Fukusei-Bejīta Hen) is the fourth story arc in the Dragon Ball Super series, set between the "Universe 6 Saga" and the "Future Trunks Saga".

After the end of the Universe 6 Tournament, our heroes continue on with their lives and misadventures. However while Monaka is doing his deliveries, Goten and Trunks accidentally stow away on his ship and wind up on a planet named Potaufeu which is being attacked by a criminal after a superhuman water which is being guarded by a sole inhabitant named Potage. The two agree to help him but things quickly escalate and it isn't long before Vegeta and Goku soon arrive to get involved.